Harassment in the Workplace : What is it and what can we do about it? 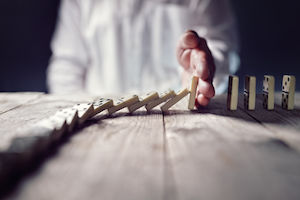 Today’s headlines are a clear indication of the endemic nature of workplace harassment. Organizations and leaders cannot afford to turn a blind eye to the fact that harassment exists in almost every workplace. Numerous polls and studies have been done regarding employee’s experiences of being harassed. While numbers vary slightly depending on the study, consistently over 40% (and up to 65%) of employees report experiencing harassment in the workplace at some point in their career.

The cost of workplace harassment is astronomical. When harassment occurs in the workplace, it impacts employee morale, motivation, and productivity. There may be an increase in sick leave. All of this results in less work being done. While putting an actual dollar figure to this cost may be difficult, it is clear that a company’s bottom line is negatively affected by harassment in the workplace.

The company’s reputation can also be impacted by incidences of harassment. In addition to the decrease in productivity which can adversely affect client relationships, a company that is known to harbor bullies or turn a blind eye to harassment will find it difficult to recruit and retain top employees. As Millennials and Gen Z’s enter the workforce, they have made it clear that a company’s culture is a significant factor in their decision to take a job. And if they don’t feel that they are respected and appreciated in the workplace, they will move on.

In dealing with workplace harassment it is important to recognize that there are varying definitions of harassment. Employers have a legal obligation to provide a workplace where employees are free of discrimination and harassment. Legally, harassment is a form of employment discrimination. In the United States, the Equal Employment Opportunity Commission defines harassment as “unwelcome conduct that is based on race, color, religion, sex (including pregnancy), national origin, age (40 or older), disability or genetic information.”  In Canada, the Occupational Health and Safety Act defines workplace harassment as “engaging in a course of vexatious comment or conduct against a worker in a workplace that is known or ought reasonably to be known to be unwelcome.” Individual organizations and companies may develop their own definitions of harassment that go beyond the strict legal definition.

Companies have a legal and moral obligation to provide a harassment-free workplace to their employees. Equally important, doing so is critical to the company’s growth and longevity.

Why is the legal definition important? It is significant because it can be used as an excuse by an organization for not dealing with allegations of harassment. For example, an employee in a US company may complain of harassment but the incident of unwelcome conduct does not appear to be based on race, color, religion, sex, national origin, age, disability, or genetic information. On the surface, the person receiving the complaint may determine that the incident does not rise to the definition of harassment and, therefore, does not need to be addressed with the same level of gravitas. In some situations, it is an excuse not to deal with the complaint at all.

While companies may focus their attention on these aspects of the definition of harassment in order to deny that harassment has occurred in their organization, it is of greater importance for companies to consider what the law has to say about the consequences of h

arassment. This immediately broadens the scope of what behavior can and should be defined as harassment and thus, what types of complaints companies are obligated to address. The EEOC states that harassment becomes unlawful where “enduring the offensive conduct becomes a condition of continued employment, or the conduct is severe or pervasive enough to create a work environment that a reasonable person would consider intimidating, hostile, or abusive.” This would suggest that it is as important to look at the consequences of the behavior as the behavior itself. While it might be difficult to determine if a person’s conduct was based on race, color, religion, etc. it is generally less difficult to determine if the conduct has resulted in an intimidating or hostile work environment.

An additional aspect of these legal definitions to consider is the use of the word “reasonable”. The EEOC refers to a work environment that a “reasonable” person would consider intimidating, hostile, or abusive. The OHSA refers to conduct that a person ought “reasonably” to be known to be unwelcome. While one can debate what “reasonable” means, the fact is that employers must make clear and identifiable efforts to educate their employees so that their employees have a reasonable understanding of what types of conduct would be considered harassment and that they know these types of behavior are unacceptable in the workplace. If employers do not make these efforts, they may be liable for allowing harassment to occur in the workplace.

Many companies, in developing their workplace harassment policy, will include a separate and specific definition of sexual harassment, defining it as “unwelcome sexual advances, requests for sexual favors, and other verbal or physical conduct of a sexual nature that tends to create a hostile or offensive work environment.” While broader definitions of workplace harassment can and do cover conduct that would specifically be considered sexual harassment, it is often advisable to isolate this definition. There are two significant reasons for this.

Harassment occurs more frequently in workplaces where individuals feel that their jobs are at risk or that they will be blamed for mistakes or lack of accomplishment. When this culture of fear and blame exists, employees are more likely to “do whatever it takes” to succeed. This breeds an environment of competition and individuality where bad behavior is seen as a necessary means to an end.

Most occurrences of harassment, whether sexual harassment or not, are about power – either too much or too little. When individuals feel a lack of control or power over their own role or significance in the organization, they are more likely to behave in a manner where they attempt to exert power over someone else. Conversely, unfettered power can result in abuse of that power where those in positions of authority use their position to serve themselves and their wants/desires.

Conflicts, left to fester, will grow and escalate over time. Anger and resentment may increase to the point where the conflict turns physical and/or the desire for retribution leads to harassment.

Lack of Self Awareness

Some individuals who are guilty of harassment are truly unaware of the impact of their behavior on others. They will say “no one told me” when confronted with the negative consequences of their conduct because they rely on external cues as to how their behavior affects those around them.

Empathy, that ability to put yourself in “someone else’s shoes,” understanding and sharing another’s feelings, is an important skill in developing respect in the workplace. Without empathy, individuals are limited in their ability to understand how their words and actions might be interpreted by another.

Organizations that discourage or limit the opportunity for employees to get to know one another on a more personal and individual basis frequently experience more incidences of harassment. This dehumanization, where a co-worker is simply a name or a point on a flowchart, results in an environment where individuals are not respected.

As employees move up the management ladder, they look to their own managers and leaders to be role models as to what is expected of them in that position. If an individual has experienced a leader who is a bully, that individual is more likely to take on those same characteristics when they move into a position of leadership themselves.

One cannot talk about harassment without acknowledging that some individuals exhibit harassing behavior due to mental health issues and/or substance abuse. Issues of abuse, narcissism, paranoia, alcoholism or drug dependency can all lead to aggressive behavior in the workplace.

Preventing Harassment in Your Organization

It is important that organizations have a clear policy that identifies what they define as harassment, how complaints will be dealt with, the responsibilities of employees/managers/leaders in addressing harassment incidences/complaints, and the consequences if/when an employee is guilty of harassment. A clearly articulated policy is an indication to all employees that the company takes the issue of harassment in the workplace seriously.

A policy, in and of itself, is not enough if it is not enforced. Organizations may have a harassment policy yet employees are unlikely to report incidences of harassment. Why is this? Employees remain fearful that allegations will not be taken seriously or acted upon and/or that they will experience retribution for reporting the harassment in the first place. When leaders take allegations seriously, act upon them, and enforce serious consequences for harassing behavior, employees are more likely to report harassment when it happens. Additionally, those who are guilty of harassing behavior know that their behavior is not acceptable and that it will result in job lose and/or other serious consequences. Only when it is clear that harassment will NOT be tolerated, is there any chance that it will abate.

Work on your corporate culture 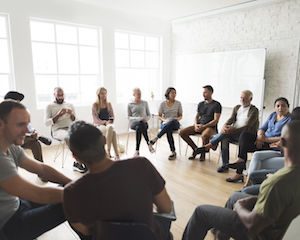 Hand in hand with developing and enforcing a harassment policy, organizations must take an honest look at the corporate culture that they have created. Is it a culture of secrecy and blame or transparency and shared responsibility? Is it a work environment where teamwork and connection is valued and encouraged or does it perpetuate individuality and dehumanization? When employees feel that they are an

important part of something bigger than themselves, that they are respected for their unique contribution, and that they can speak up and be heard, a culture of trust and accountability develops. In this type of corporate culture, harassment has no place and will not be allowed to perpetuate.

The Aftermath of Workplace Harassment