The Key to Conflict Resolution: Your Style 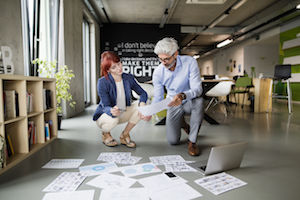 Put two people in a room and, in time, there will be conflict. This is not a judgement on their character or their ability to communicate. It is simply a statement of fact. We are all individuals and because we have unique wants, needs, and expectations we experience conflict with one another from time to time.

Now consider the workplace… teams of individuals, companies of hundreds or thousands of employees. The opportunity for conflict to occur increases exponentially! In fact, research shows that almost everyone has experienced some type of conflict at work. It is a reality that we all have to deal with from time to time. Some of those conflicts may be minor irritations while others have a significant impact on the individuals involved and the work environment as a whole. Some will be resolved quickly and efficiently, others will grow and fester. We can’t control the existence of conflict in the workplace nor should we try. Conflict in the workplace can be the catalyst for new ideas, innovation, and change. It can recharge a business and re-engage employees. But only if it is managed effectively.

The answer for harnessing the positive potential of conflict is not in preventing conflict but in how we engage with it. The reverse is also true. When we manage conflict poorly the possibility that the conflict will have a negative impact increases. In fact, in many conflicts, the behaviors of the individuals in conflict can overshadow the conflict itself to the point where the persons involved may forget what started the conflict but they can identify various behaviors, words, and actions that have escalated the situation to the point where it seems unresolvable.

In our practice of helping organizations manage workplace conflict, we have found that the way in which we deal with conflict is as important, (and sometimes more important!) as the root cause of the conflict itself. It has become an imperative part of our intervention work to help individuals identify their personal conflict style – recognizing both its benefits and its challenges – in order to work towards resolution.

Take, for example, a team that we were recently asked to work with. They were experiencing significant conflict and decided they needed some help. When they first approached us for assistance, they identified issues of changing roles, communication blocks, as well as some difficult personalities in the group, as being the main causes of conflict. As we began working with the group, it was immediately clear that none of the individuals in the group had any problem talking about these conflicts. Everyone was fully engaged. In fact, it felt as if they had been talking about these very issues for quite some time, long before we had entered the picture. When we explored this further, our observations were confirmed. The group had been talking about these issues, in depth, for months. There was an ongoing pattern of always needing to explore a little further, talk a little more, ask a few more questions, offer a little more clarification. This was happening to the point where nothing was getting resolved because there were always more questions to ask and more insights to contribute.

It was clear to us that their conflict styles were getting in the way! Instead of spending any more time talking about the issues they had identified, we talked about the way they were managing the conflict. Utilizing our assessment tool, the Workplace Conflict Styles Indicator, it became clear that everyone on the team was an Owl when it came to conflict. Owls are always looking for a win-win solution to the issues that everyone can fully agree with and feel good about. That’s the positive side of this style.

The challenge, however, is too much talking, too much analyzing, too much time. This team, rather uniquely, was filled with Owls so the style was being over utilized. The team was putting so much time and effort into understanding and working through the conflicts they were experiencing that they never actually got to the point of resolving the issues and moving on. This endless talking was taking time away from all the other work they had to do. Once the individuals on the team recognized how their styles were actually keeping them from moving forward, they were able to adopt a different approach and move to resolution much more quickly. 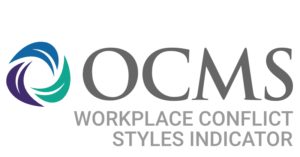 The Workplace Conflict Styles Indicator identifies five unique approaches to dealing with conflict – the Owl, the Hummingbird, the Woodpecker, the Ostrich, and the Parakeet. The power of these metaphors are two-fold. First, they make the concept of conflict styles so easy to understand. When we talk about someone behaving like a Woodpecker in conflict, clear images immediately come to mind and everyone knows what we’re talking about. Secondly, they make a difficult subject easier to talk about. Working through conflict is difficult and uncomfortable for most of us. Finding a way to talk about the dynamics in a conflict and looking for opportunities to change those dynamics isn’t easy. Utilizing a metaphor that is nonjudgmental and focuses on behavior rather than the individual, is significant “I’m trying to be nice here and you’re not listening to me” sounds confrontational and will only make the other individual defensive. On the other hand, “I’m behaving like a Parakeet in this situation and it seems like you are operating as an Ostrich” is a conversation starter that invites curiosity and exploration.

Understanding our conflict styles also opens up the possibility for resolution because it identifies other options for dealing with the situation. None of the five styles is appropriate all the time. But, because we each have our preferred style we tend to rely on that approach and overuse it. It’s great when it works for us and helps us navigate through a conflict situation effectively. But, if we don’t have any flexibility or versatility in our approach, we may get stuck in a conflict situation, unable to find our way out of it. Knowing that my preferred style is the Hummingbird approach allows me to recognize when this style works and when it doesn’t. And then I have a choice… where will I fly to next?

Workplace Bullying: Is it happening in your organization?